Development, production and installation of the “Treasures from the Hispanic Society of America” at the Prado Museum: exhibition architecture, display cases and support structures, artwork installation and mounts, layout and production of graphics. Maintenance and dismantling. 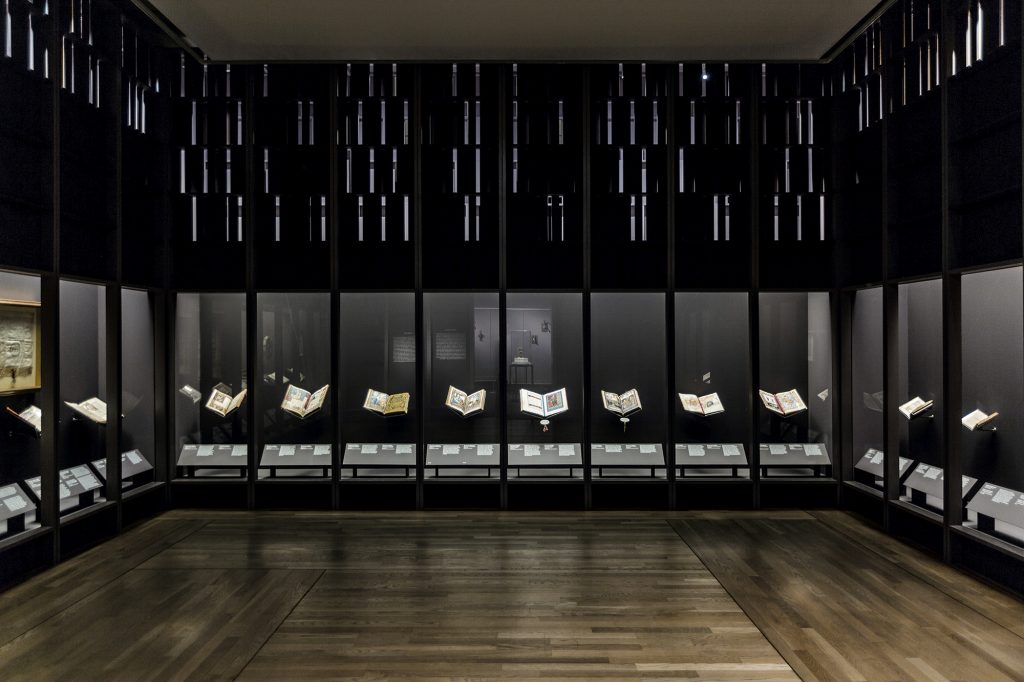 The Museo Nacional del Prado issued a public call for tenders, and Empty was awarded the contract to install and dismantle the temporary exhibition Visions of the Hispanic World: Treasures from the Hispanic Society Museum & Library, which brought a substantial part of the American institution’s vast collection to Madrid while its New York headquarters are closed for renovation until 2019.

The greatest challenge posed by this project was the limited timeframe. After the contract was awarded, we had just one month to prepare before the rooms were opened, and from that moment Empty had 3 weeks to fit out the exhibition space and set up the museographic elements and another 2 weeks to install the collection.

In total, we were given a little more than two months to produce and install an exhibition project (and mount the exhibits) that involved a considerable number of specialised workers: carpenters, painters, upholsterers, flooring installers, metalworkers, electricians, glaziers, etc.

The bulk of the work in the galleries involved carpentry. The exhibition rooms were not delivered empty, so we had to partially dismantle the partitions left over from previous projects and then install new walls of MDF panels on wood frames, prepare spaces for wall-recessed showcases and install parquet flooring where needed (340 sqm distributed among 4 rooms).

Dividing and organising the work into various work teams/crews was essential in order to save time by performing several tasks simultaneously.

The most significant area of the exhibition, and also the most complicated to install, was the one reserved for library treasures. Its architecture, designed to recall that of a library, had a lattice structure above and showcases below, all arranged in the manner of bookshelves.

Thanks to our thorough site layout plan, we were able to adjust the dimensions of each module to be produced, which later fit together like pieces of an erector set. The creation of two standard prototype models allowed us to measure and manufacture the glass components before the carpentry work had finished, thereby cutting back on production time.